This blog is the response to Adam Machanic’s (@AdamMachanic) tweets and Jennifer McCown’s (@MidnightDBA, MidnightDBA.com/Jen) blog from October 18th, 2011 (Rat Sues Corn! Rather, rat accuses corn of thought-theft! Or something!). Jennifer McCown’s blog, which also appeared on sqlservercentral.com, published scattered sentences from Carmen’s emails out of context.
The texts published here show the entire communication.

Complete email conversation with Adam Machanic, on October 10, 2011. The email is related to Adam Machanic’s tweets on the day SQL Workshops released sponsored email via PASS promoting the freely downloadable webcasts www.sqlworkshops.com/webcasts. This email does not deal with plagiarism; it is about damages due to libel/ defamation by Adam Machanic.

Having now reread my tweets, I am happy to note that I never said that Ramesh was a future mass murderer. I said that watching the video might help someone understand that thought process. Clearly not an attack on Ramesh. SQL Server is a frustrating product that can make us all feel violent from time to time!

My statement about going crazy? My opinion of what my own reaction might be. I can’t stand sitting in classes!

And the MPD statement? I said “relatively certain.” You see, I was very concerned about Ramesh when he abruptly switched topics during the video. I am so glad to hear that he’s feeling better now!

Your videos embarrassed me by highlighting in a very public forum my failure to be appointed to the PASS board. This resulted in numerous questions and rumors and I am still working hard to recover my image. I agree with you that it would be great if we can find a fair way for you to compensate me.

We never used your name libelously. All we did was reading and showing your own statements. Those statements were already public in the internet at that time and they are there until today:

1. Your statement about PASS (starting with the words “The PASS board process has been a failure for years…”)

2. Your testimonial about Redgate’s tools (starting with the words “Red Gate’s tools are generally considered to be the gold standard…”)

Those statements were read/ showed in Webcast 3 Part 2 of 3. We referred to you as an “industry expert”.

How could your own statements be considered libelous and cause you financial loss?

On the other hand, your defamatory statements were completely false.

I still hope we can find a solution.

How about the damage you did to me by using my name libelously in your video? I feel that it caused me financial loss.

Note: Please consider all future communications with me to be public. I reserve the right to blog, tweet, forward, or otherwise publish any communication from you, from now on.

My name is Carmen Pentek, I am the owner and director of SQL Consulting, (Our website is www.sqlworkshops.com).

I am writing to you because it was brought to my attention that you made a series of libelous statements concerning the webcasts that we published partnering with PASS in 2010. (These webcasts are still freely downloadable at www.sqlworkshops.com/webcasts)

Those defaming statements of yours in Twitter include “serious case of multiple disorder personality” as well as “future mass murderer”, deterring others from watching the webcasts, and the affirmation that you would “go insane at the end of the week” after attending our workshop.

Here is the feedback, given to Microsoft Switzerland on June 24th, 2011, by the attendees of Ramesh’s workshop:

I do not think that a mentally disturbed teacher or person with criminal intent could receive such a feedback.

To get to the bottom line: While we are always open and thankful for constructive criticism – it helps us improve our services – we retain the right to defend ourselves against defamation and mindless slander or libel.

You, being a key speaker at major conferences like Microsoft TechEd and PASS Summit, being a Microsoft SQL Server MVP, co-owner of sqlblog.com, founder of “Data Education” and prominent member of the SQL community with more than 2000 followers on Twitter, have a great influence on people’s opinion. The unfair competition you started with these statements are harmful to SQL Consulting’s image and caused us financial loss.

I am writing to you to see if we can find a reasonable solution on our own. Can you suggest ways how the damage to our business caused by your actions could be recompensed? 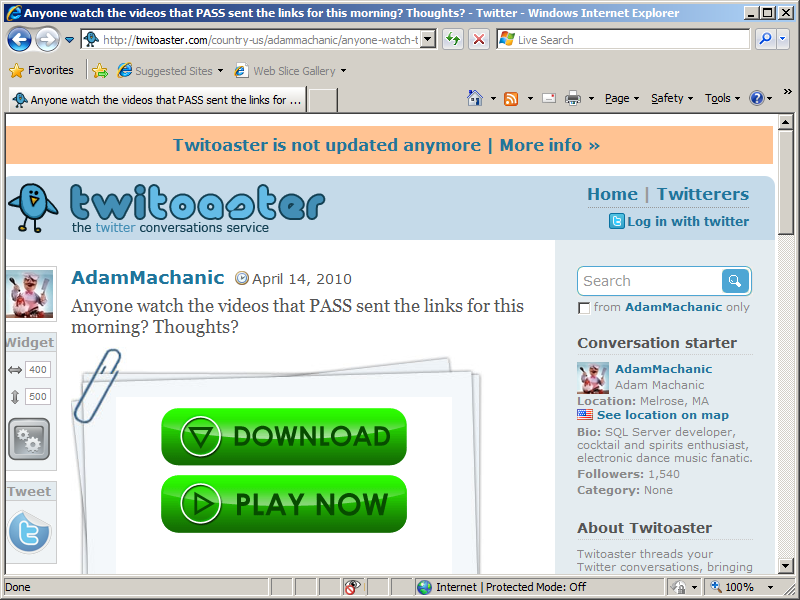 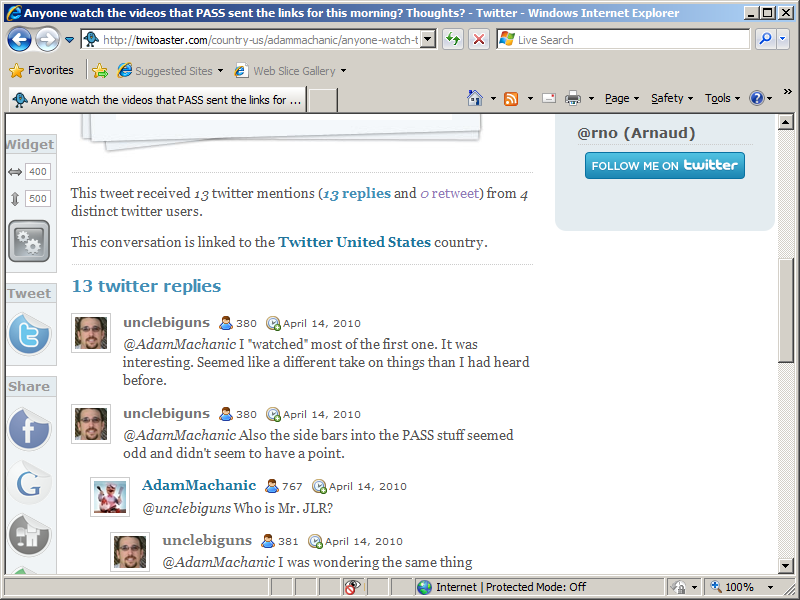 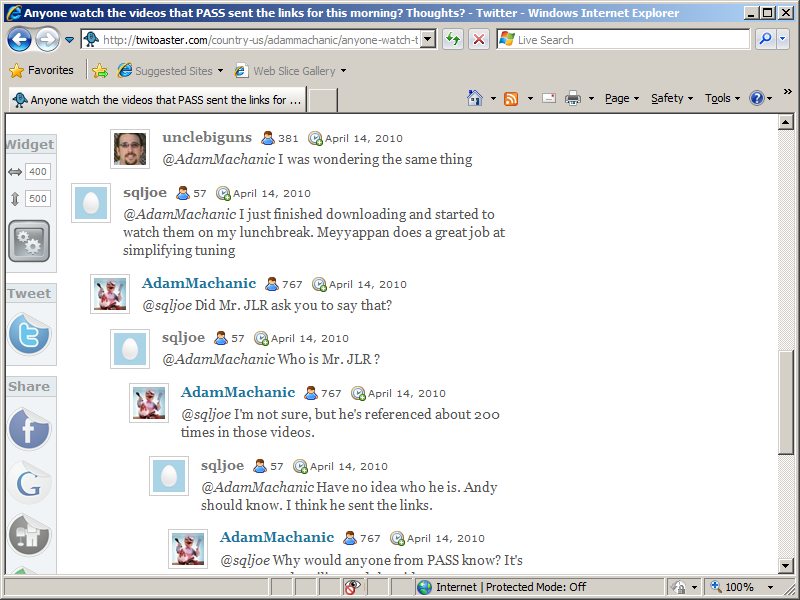 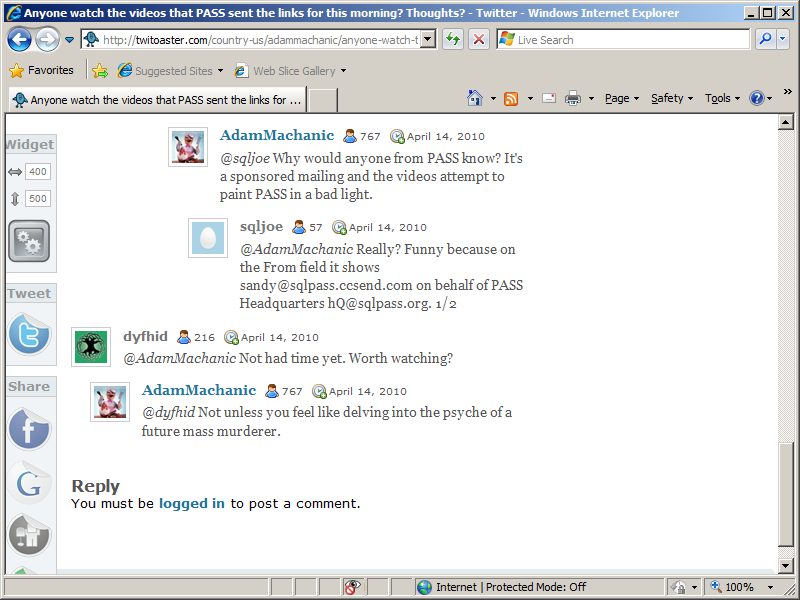 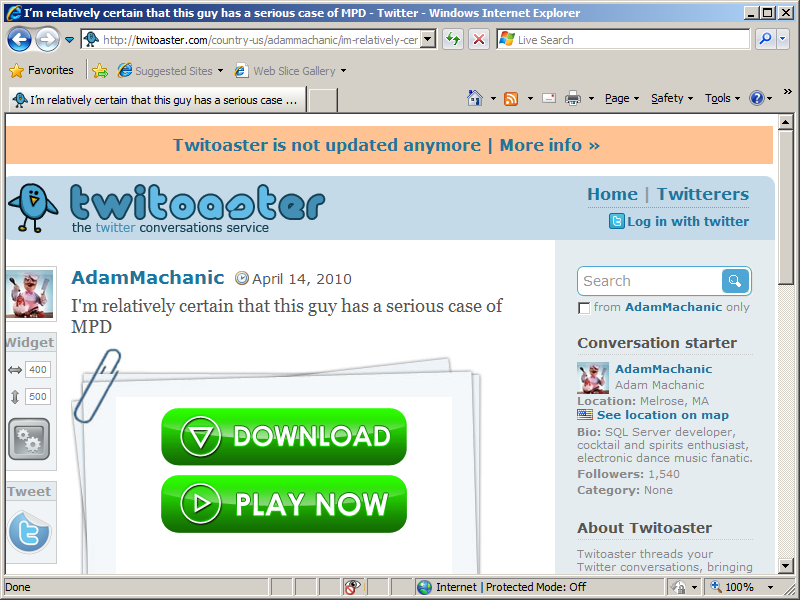 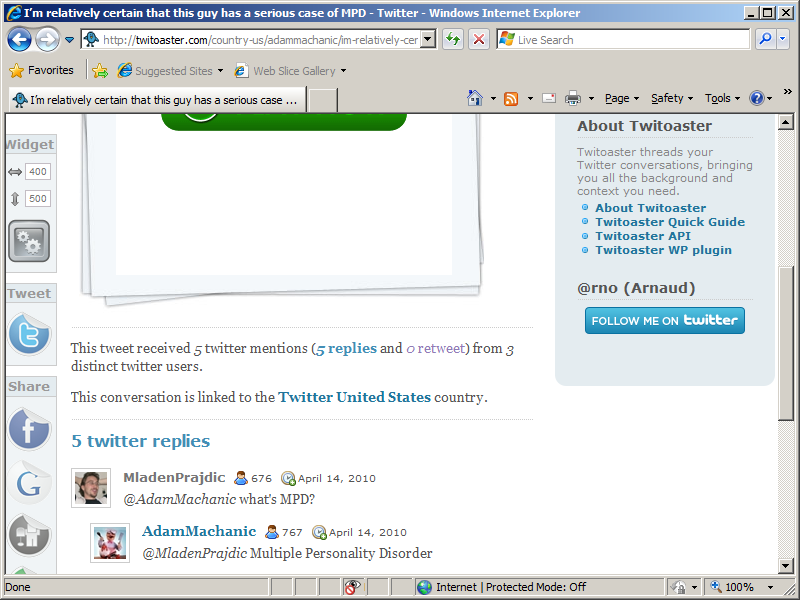 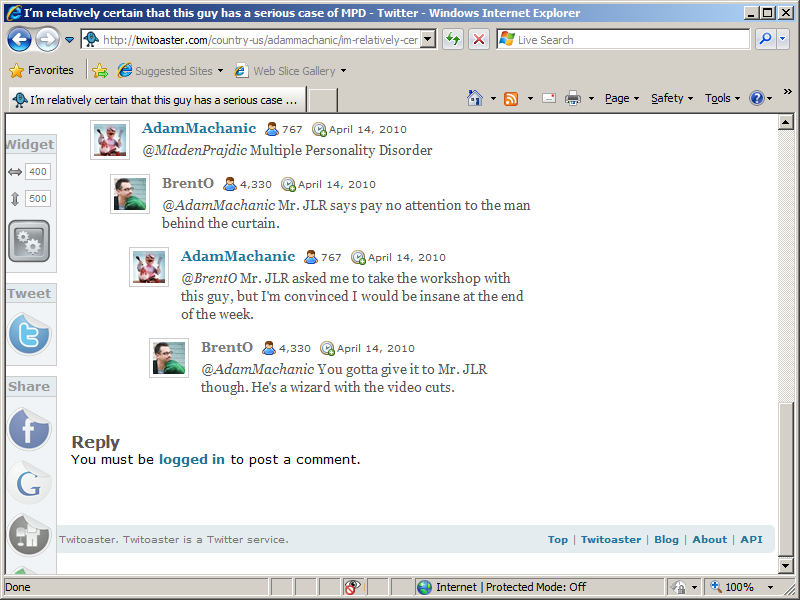 @AdamMachanic (http://twitter.com/#!/AdamMachanic/status/126648582425161730):
@RumblingDBA won’t end until we hear from the guilty parties… Or they wait long enough for us to forget before they return to obscurity.

@AdamMachanic (http://twitter.com/#!/AdamMachanic/status/126783021968916481):
Lesson learned: If you believe someone to be mentally disturbed, don’t say anything! They probably are, and won’t react well.